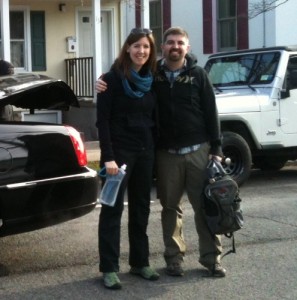 Seen through the windows of Gate 10, Terminal 1, of JFK airport, the sunset was beautiful. A bright orange ball, igniting the sky over Jamaica Bay. The USA bidding us a fond farewell and seeming to say, forget me not. A sight we could remember as we flew West over the Pacific, locked in a can for 15 hrs with 440 other poor souls and no seat-back entertainment. You get what you pay for – and with at least four months of travel ahead of us, we had decided to pay for very little.

Of course the sun sets at 4:30pm and we were scheduled to depart at 3:30pm. But the woman at the desk assured us there would be no problem with our connection in Shanghai. A least I think that’s what she said, her English being marginally better than my Chinese. With a lay over of more than two hours at Pu Dong airport before our connecting flight to Bangkok, we weren’t too worried. Some time later we boarded, saying goodbye and good luck to the US and each other, as we marched down separate aisles to seats that were relatively close to each other. You try doing online check-in through China Eastern’s website. I could not find it, but like I said, my Chinese is a bit rusty. 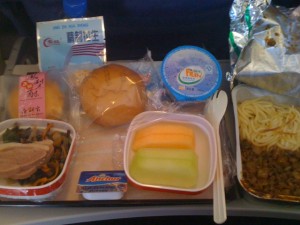 Lori took this photo of the [quite good] Chinese airplane food and we have nothing better to put here.

The flight was uneventful – absolutely nothing of interest happened for 15 hours. We landed at 9:40pm local time, about the same time our flight for Bangkok was taxiing into take-off position. The helpful flight attendants pointed up the ramp and said, “Yes, yes. Go, go.” and we bemusedly entered an empty Shanghia airport, eyes searching hopefully for a China Eastern rep with a sign reading “Bangkok.”

With no such person appearing, we followed everyone else towards customs so as not to be left completely alone in what could be one of the larger airports I’ve been in. With no other options and never having planned to officially enter China, we fumbled our way through customs with 14 other confused Americans and one helpful Australian.

Eventually an airline rep, with few words and many gestures, put us all on a bus for a 30 minute mystery ride through a deserted industrial zone, the only vehicle on an eight lane highway, visibility limited to a few hundred feet on each side of us thanks to the night and the smog. Supposedly we were headed to a hotel and not a reeducation camp, but charades is neither an efficient nor complete form of communication.

Arriving at what could only have been a modern hotel hotel just a few weeks shy of it’s grand opening, we snatched up the first room key on offer and high-tailed it to the elevator. Leaving behind our rag-tag group of laid-over fellow travelers, just as screams of, “Share a room! I don’t know any of these people!”, began.

The room was fine and we especially appreciated the floor-to-ceiling, four-foot wide window looking from the room into the bathroom. We pulled the shade down, showered, and collapsed into bed.

The next morning we were put on a bus for another 30 minute ride to the airport, with more visibility but not much more to see. We boarded the 8:30 am flight to Suvarnabhumi airport, Bangkok, with little fan fair or trouble. 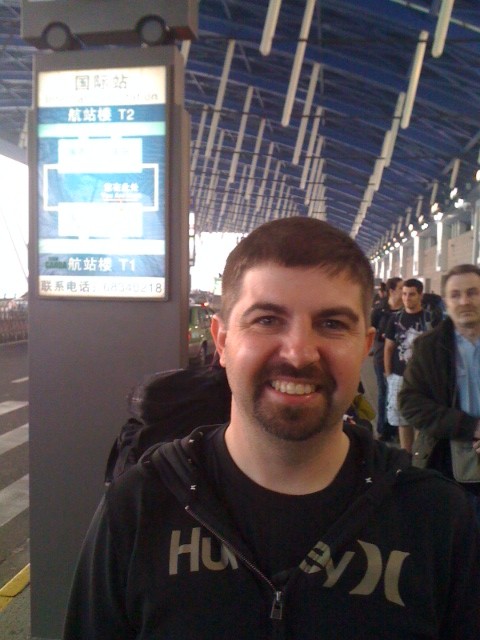 Although it was a confused evening, we would be getting into BKK just after noon, a little rested and our internal clocks on local time. An accidental but better alternative to arriving at 3am after 24hrs of straight traveling. Not an inappropriate way to start a trip that was sure to have it’s fair share of delays, bemusement, and mimed communication. If you want to learn how swim, sometimes it’s best to just jump in the deep end of the pool.

3 thoughts on “Riding off into the sunset, JFK -> BKK”