Our arrival in Bangkok was uneventful except for a minor mishap concerning our Thai visas. Our immigration agent stamped our passports for a 30 day Thai visa, indicating that we could stay in the country until Jan 8, 2012. We didn’t notice that the year was off until we were walking out of the airport and realized that it should’ve been 2013. We were standing there with our packs getting heavier by the minute, exhausted from our 48 hour trip, not able to speak a word of Thai, and very unsure of what to do. We thought that anyone questioning this would surely see what had happened since it showed that we entered Thailand on December 8th, 2012, but still, having a snafu over our visa at the border wasn’t appealing. So we turned around and headed back into the airport.

What followed was a series of events that we could only liken to a scene from Amazing Race, made all the more exciting because we didn’t actually fully understand what was happening. We talked to a woman at the information desk next to the exit who made a quick phone call and directed us to go to the 4th floor in the center (no more specificity than that). Once back on the 4th floor we wandered around and asked some airline attendants behind a desk near what we thought was the center. They only asked us if someone had already called someone, and after we confirmed, one of them flagged down an immigration official, who listened to us, seemed to understand and quickly grabbed our passports and motioned for us to follow him. And the chase began. Our passports in hand, he was literally running back through the airport. It seemed like he was trying to help us, and a couple times he did turn to see we were still with him, but things only got stranger when he handed us off to a series of very fast moving immigration officials who each escorted us for a few minutes and then handed us off to the next one. We ran back past many official-looking people and even ran through a private office where John’s pack got caught on, and almost brought down a room divider. 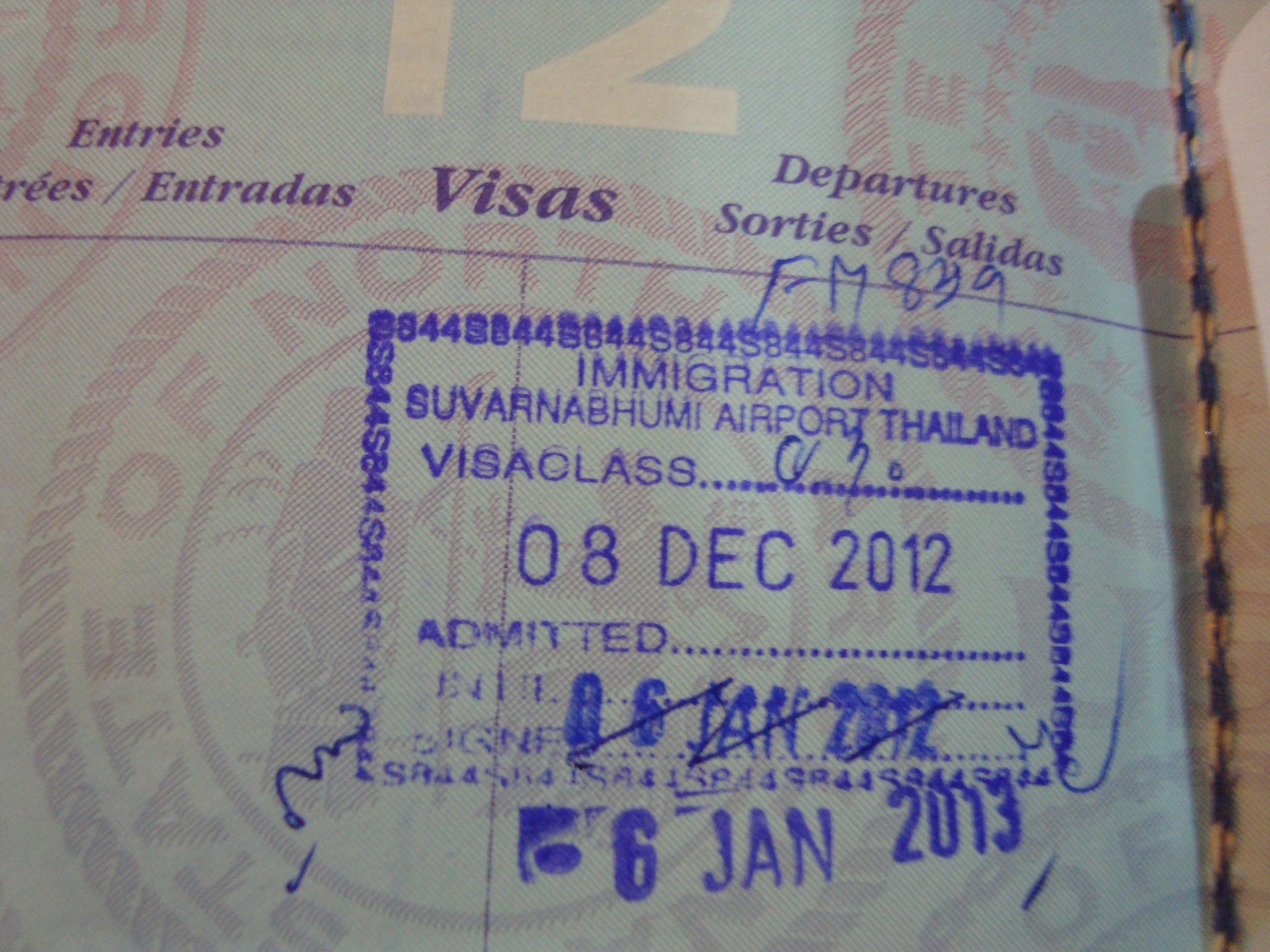 It was a pretty intense scene as none of this was happening with any spoken language – we’d only shown our visas to the first person and we could only hope that they understood the issue and were passing it along to each consecutive person in our path. No small issue was the fact that all of these men were also handing our passports off to each other. In the end we were taken all the way back through the airport to the front door in front of the immigration lines. Several officials went in search of the woman who stamped us in, she changed the year on her stamp, corrected our visa stamps, and we were good to go. If that isn’t helpful and efficient service, I don’t know what is!