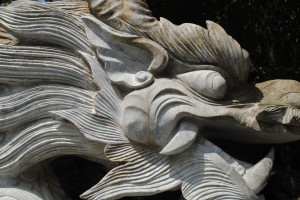 We rented motorbikes to get to Marble Mountain and at peppy speeds nearing 50kph (or 30 miles an hour) flew north up a four-lane highway that connected Hoi An to Da Nang. Offerings to ancestors littered the road as part of Tet. Fake paper cash, chocolate coins, glittering confetti, and other symbols of prosperity being ‘sent’ to the afterlife crept out into our lane. Most of it looked dangerous. Some of it was burning.

A karst formed of marble and limestone, Marble Mountain is twenty miles from Hoi An and topped with caves and tunnels filled with Buddhist sanctuaries, Hindu grottoes, and a Japanese pagoda or two. We were worried it would be too kitschy given the name but we ignored the hundreds of marble shops selling carvings of anything you could imagine and were pleasantly surprised. A long climb to the top rewarded us with odd paths leading to beautiful hidden treasures that our photos do a much better time of describing then these words do … 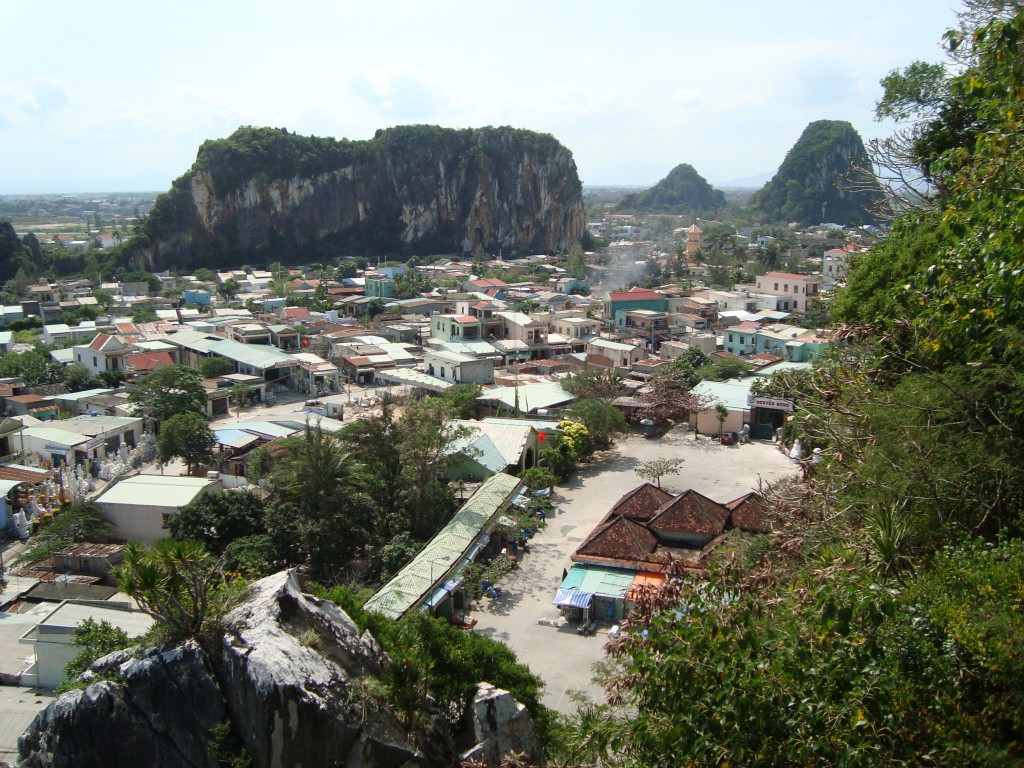 This is the view of several of the surrounding Marble Mountains from the one that is open to the public. There are five total. 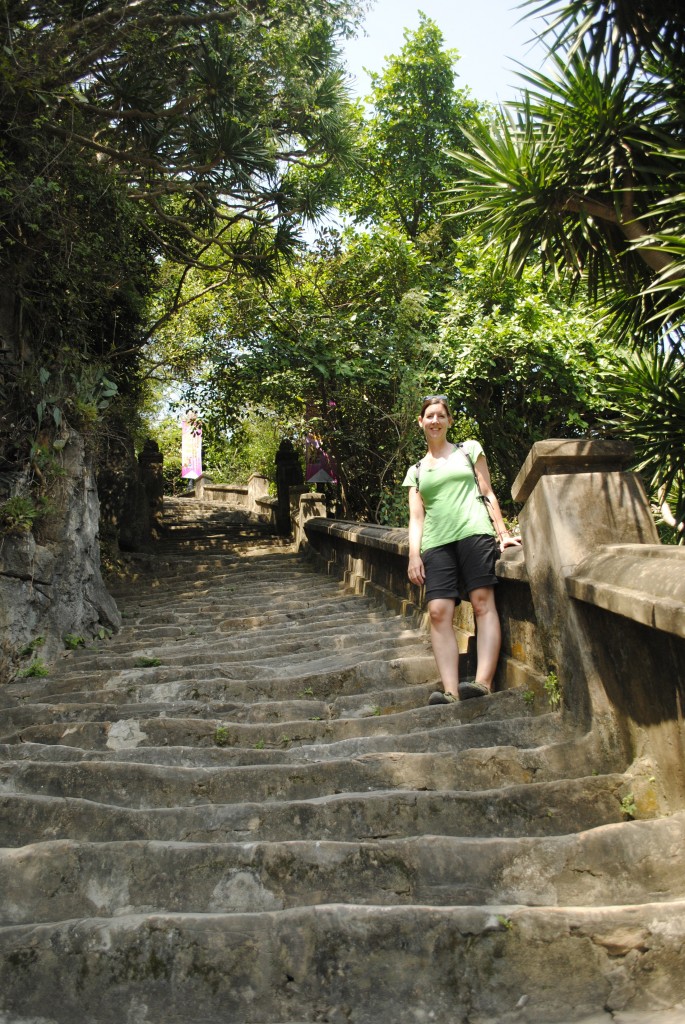 First set of stairs leading up to Marble Mountain. Stairs in Asia are almost never even or the same size.

Large Buddha on Marble Mountain. Don’t be fooled by the perspective; John’s head is not bigger than the Buddha’s. 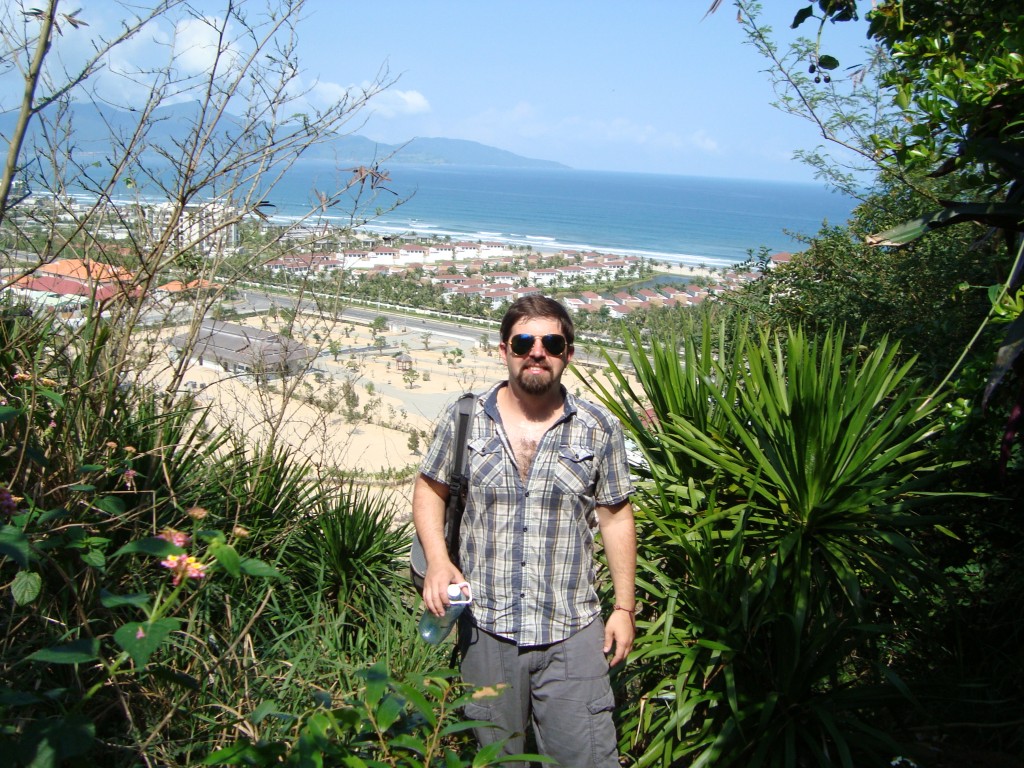 Another view from Marble Mountain (below is ‘China Beach’ well known from the late 80s TV show ‘China Beach’, also the Vietnam War) 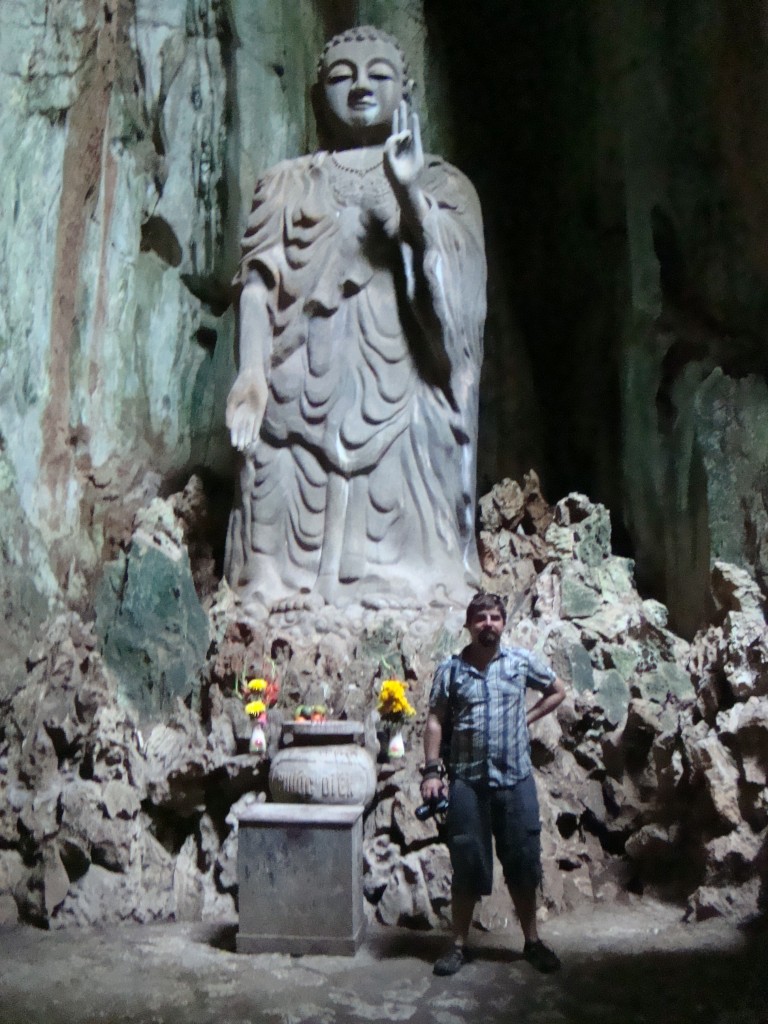 Even larger Buddha inside of a partial cave. (No, behind John.)

This large cave with a hole in the top had several shrines and even a little structure built into it. No Well of Souls but we had left behind our Staff of Ra. 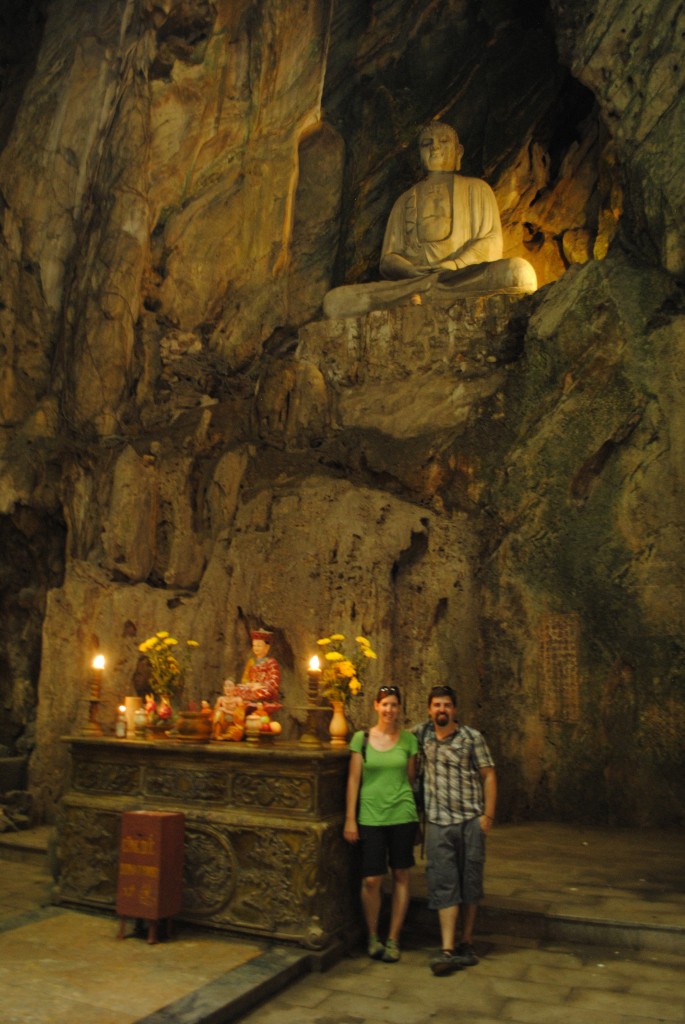 Above us the centerpiece of the large cavern.